Alabama Legal Defense Academy
by
Greg Hopkins
Are You Prepared for a Break In or Robbery? 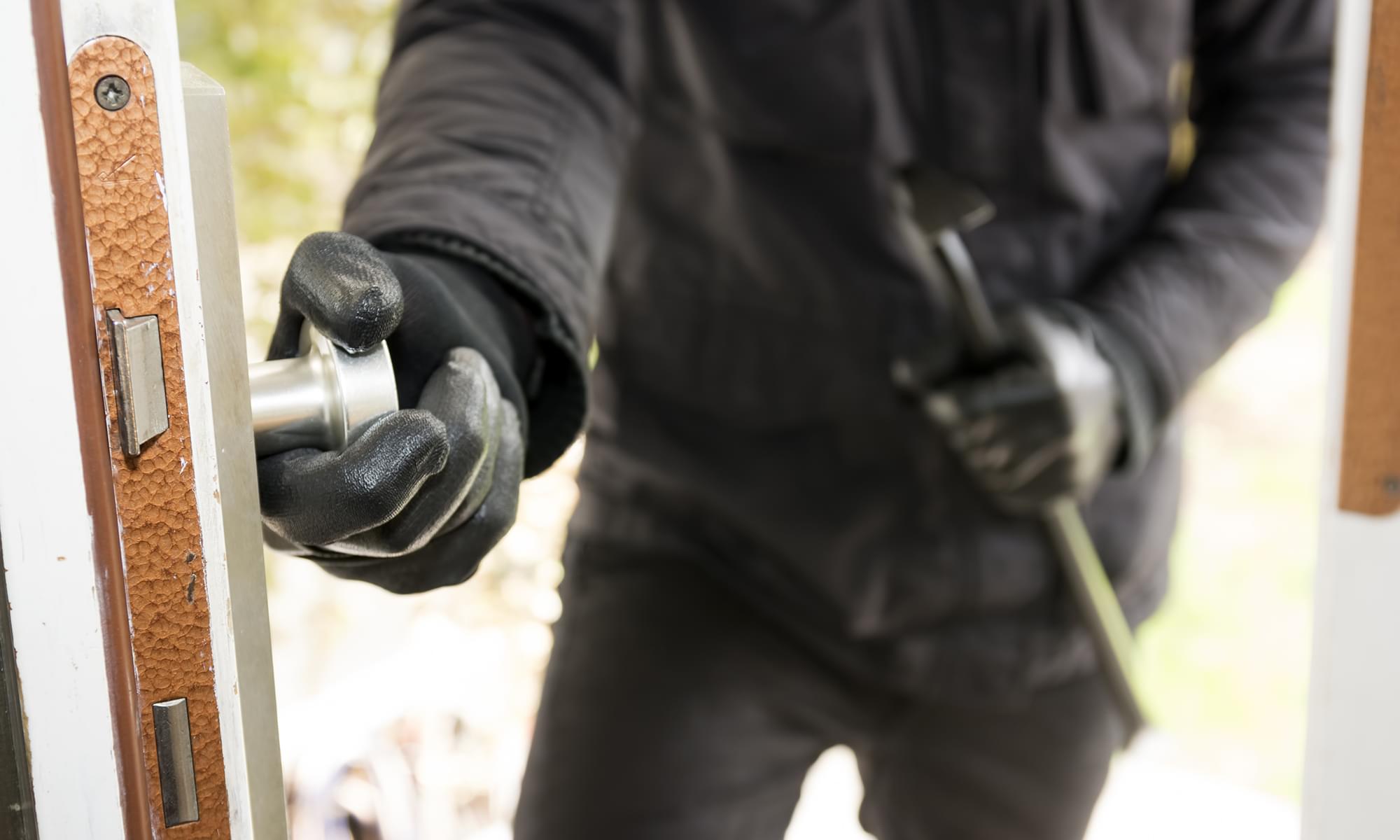 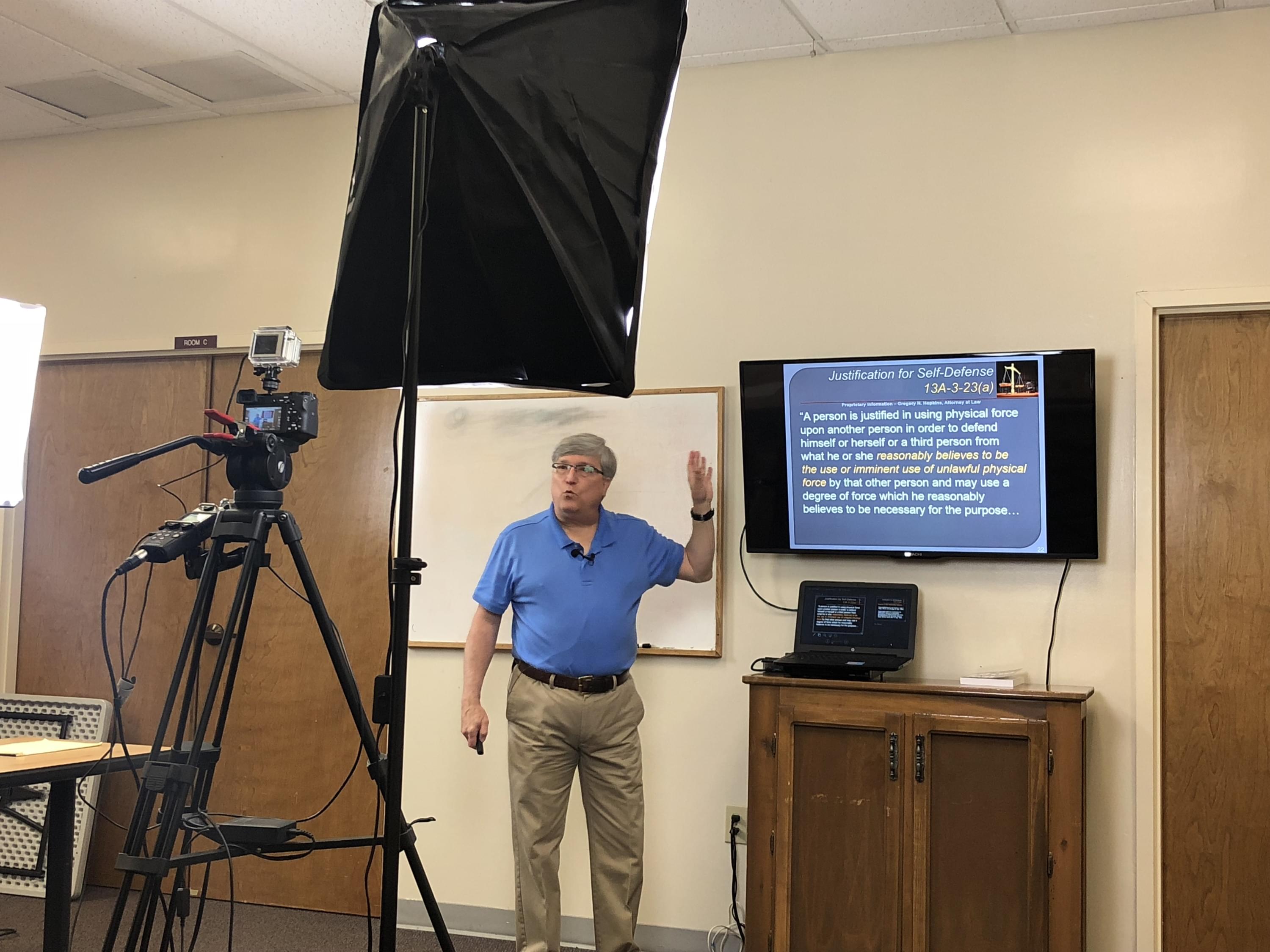 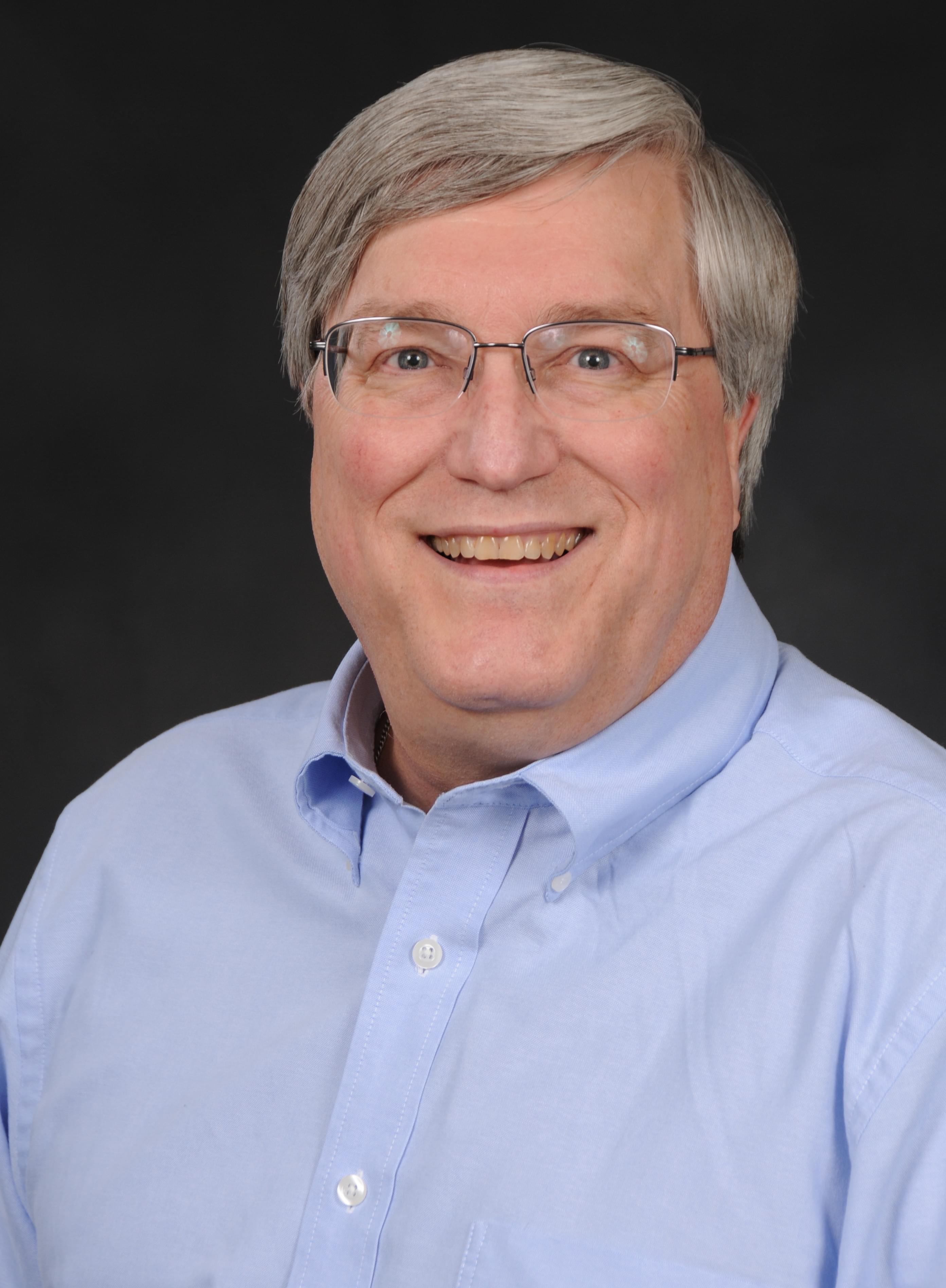 Greg Hopkins received his first firearms training as a reserve police officer in his hometown of Waverly, Ohio, where he served on the city council. He earned his law degree at The Cumberland School of Law in Birmingham, Alabama, and served there as a City Magistrate. After graduation, he clerked at the Alabama Court of Criminal Appeals and was admitted to the bar in 1989.
Greg served as City Prosecutor for Huntsville, Alabama, where he trained the Huntsville Police Department in legal use-of-force. He received training for police advisors at the FBI Academy in Quantico, Virginia, and completed Level One of Massad Ayoob’s Lethal Force Institute in Pearl, Mississippi. After leaving the City Attorney’s office, he practiced criminal defense law, served as a City Court Judge, and became a court-certified expert witness in firearms and self-defense law.
Greg regularly consults on self-defense and firearms cases to analyze and reconstruct crime scenes. He was a nationally certified instructor in Use-of-Force and Pepper Spray by the National Criminal Justice Training Council of Twin Lakes, Wisconsin. He is a Life Member of the National Rifle Association and was a certified NRA Pistol Safety and Personal Protection Instructor from 1991 to 2016.
Greg has trained police and civilians in use-of-force law for 27 years. He teaches legal seminars on self-defense law, effects of violence on witnesses, effects of Post Traumatic Stress Disorder (PTSD), and the Bible & Self-Defense. Greg is the author of A Time to Kill: The Bible and Self Defense. He has taught the Bible since he was 18. Greg has an opinion column on ClashDaily.com.
What Greg Hopkins Says About
Alabama Legal Defense Academy

By pleading self-defense, you are admitting that you hurt or killed another citizen. You will only go free if you acted according to the law, the standard by which you will be judged. This course takes you through the legal definitions of the places and actions specifying when and how much force can legally be used.
It opens up Alabama's self-defense statute, what actions it allows, and the crimes that it can and cannot be used for. It sets forth the legal and moral boundaries that the law requires. It teaches you that "I'd rather be tried by 12," and "I was in fear for my life!" mean NOTHING when the jury decides: whether the person you hurt was committing a crime, whether the force you used met or exceeded the amount authorized by the law for that crime, and whether your use of force was justified.
Know the 3 combinations for actions by your attacker that trigger your use of force. Learn what "Stand Your Ground" is and when it applies. Find out why Alabama is NOT a "Castle Doctrine" state. Learn Alabama's laws of concealed and open carry, how to handle traffic stops, how to interact with witnesses at the scene, how NOT to get shot by responding cops, and what to say/not say at the scene. Finally, we address the psycho/physiological effects of a life-threatening incident, and why it works against you at the scene and afterwards, including PTSD.
You will be judged by the standard of "The Ordinary, Reasonable, Prudent Person." "Ordinary" means "ignorance of the law is no excuse." Taking this course will help show you as "Reasonable" and "Prudent," and help you know more than is "Ordinary."
Don't Wait Until It's Too Late!
Click HERE to Purchase Online ONLY
Click HERE to Purchase Online + DVD
What Alabamians Say About Alabama Legal Defense Academy 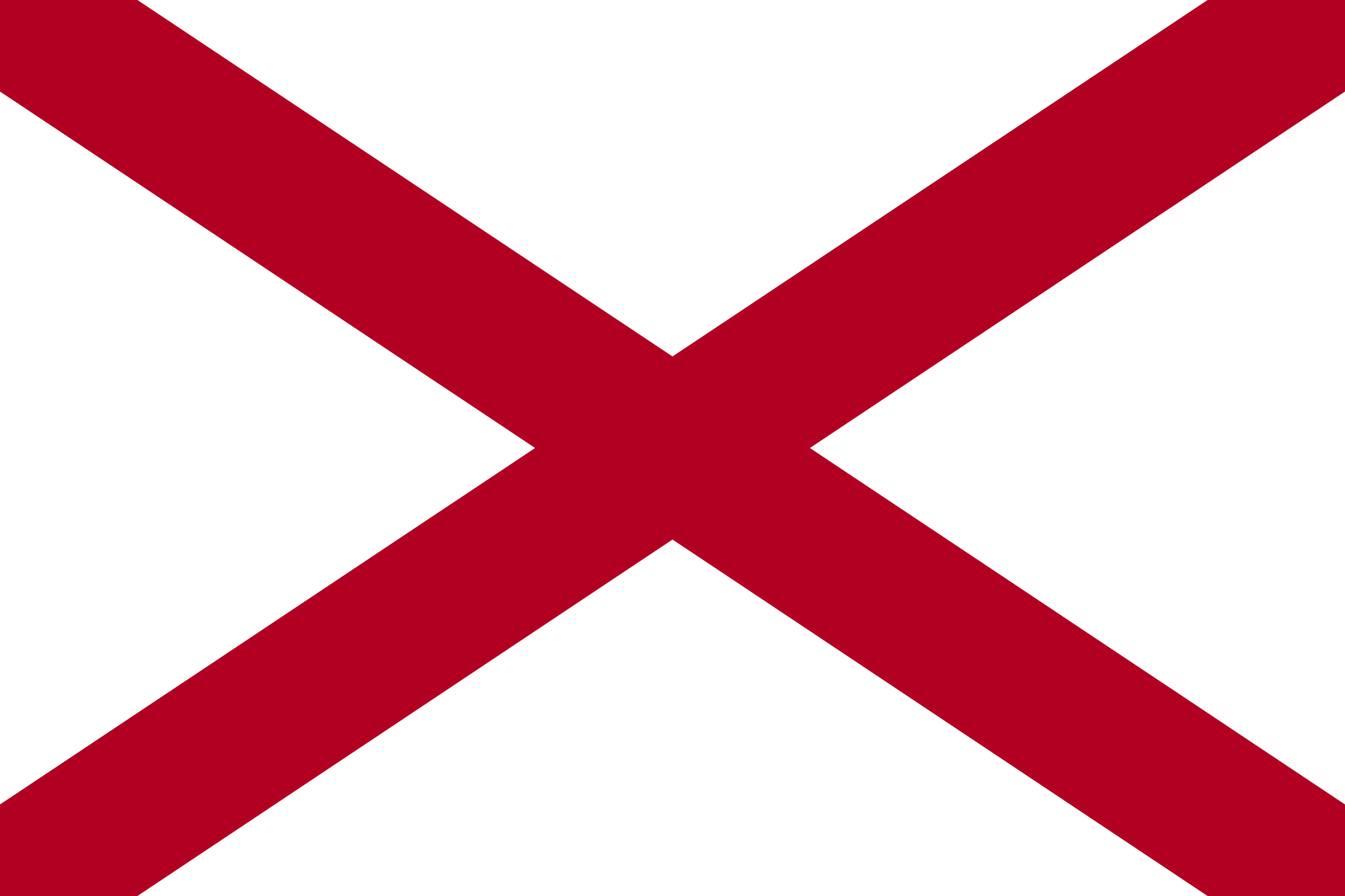 Greg Hopkins gives the finest self-defense law instruction in Alabama. After taking his class once, I decided to utilize his legal expertise and have him come talk to my students. After hearing him talk to them, I took the class again and learned even more. Greg is top notch at delivering relevant legal principles in layman's terms so you can best understand how self-defense law can help you when you need it most. If you're like me, and have a gun at home or carry one with you, you need this class!

David Rawlings, NRA & USCCA Certified Instructor
We are so fortunate to have Greg Hopkins' Alabama Legal Defense Academy available in Alabama. He is such an experienced and knowledgeable attorney - knowledgeable about the realities of self-defense in real life situations as it relates to Alabama law. Every gun owner in the state should take this class! I'm so glad I did! As a Chapter Leader of The Well Armed Woman, I was so pleased to be able to host Greg's fantastic class for the women in my organization.
Elizabeth Otero, The Well Armed Woman River Region Chapter Leader
As a former police officer and as the training director of a large North Alabama church security ministry, Greg Hopkins' Alabama law training is as superior as that taught to law enforcement students for the state of Alabama. His Alabama law course is a requirement for our church security certification. His love of law and of teaching law is very apparent along with his easy to follow teaching style. His sound illustrations are very spot on and relevant to today's security and law-enforcement personnel. I highly recommend this course of training as a prerequisite for any security person serving in a church or other facility.

Ed Hill, Church Security Training Director for 6,000+ member congregation
Get Instant Access!
P.S. Don't Forget Our Bonus Buy!
Click HERE to Purchase Online ONLY
Click HERE to Purchase Online + DVD
Rousseau's, LLC
4415 Evangel Circle Huntsville, AL 35816
alabamalegaldefense@gmail.com
256-837-2762
Alabama Legal Defense Academy addresses Alabama law only. Laws may vary in other states.
WARNING: Because the specific facts of any case determine the applicable law and new appellate court decisions can change the application of the law, you MUST seek the advice of a
practicing attorney before applying the principles taught in this course.
No representation is made that the quality of the legal services to be performed
is greater than the quality of legal services performed by other lawyers.
Copyright 2022 by Rousseau's, LLC.